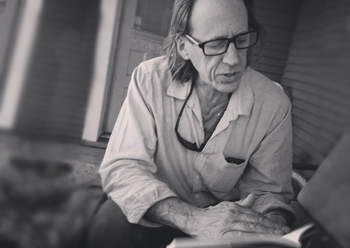 Danny Rosen founded and runs the Lithic Press. His second chapbook, Ghosts of Giant Kudu, was published in May 2013 by Kattywompus Press. His poems have appeared most recently in Pilgrimage, San Pedro River Review, Comstock Review, Fruita Pulp, Malpais Reveiw and elsewhere. He lives among dogs in the desert of western Colorado. 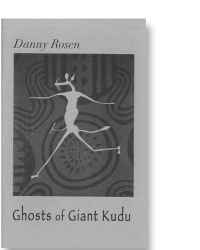 He did not die for my sins,
but from a sudden build-up
of ash, the thickening weight.

The newest level of the sea found him
awash on a hardened beach, by a river,
burrowed in, covered over, fast asleep
in far Utah, sending out one last signal.
The mud lithified about his lobe, all
his work turned to stone, and he lost hold
of every belief. Trilobite Jesus,

He didn't die for my sins,
but He came back,
and I am drilling a hole in His head
gently, with a carbide hammer-drill bit,
to make of Him a pendant
to hang from 'round my neck; an albatross
to mark this moment, this moment on the cross.