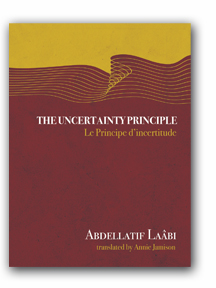 Poetry. Translated by Annie Jamison. Latest book of poems from Moroccan writer, Abdellatif Laâbi, a French-language poet, playwright, translator, essayist, novelist, raconteur, and activist whose many works reveal his engagement with social and political issues and a strong commitment against oppression, injustice, and human rights abuses. Laâbi's style pendulums between colloquial humor and sophisticated criticism in a collection of poems that glow with the fire of protest. His writing addresses the many aspects of society with which he has become disenchanted over the years. He speaks of Morocco, as well as his home in France, with sentiments that are both intimate and critical. Laâbi reveals the introspective process of writing poetry while reflecting on the years he spent in prison and the toll they have taken on his person.