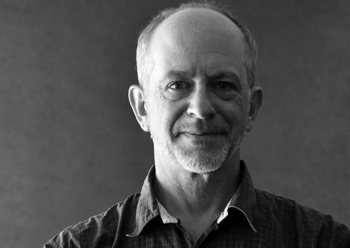 David J. Rothman serves as the Director of the Graduate Program in Creative Writing at Western Colorado University, where he also directs the Poetry Concentration, edits the journal THINK, and directs the annual conference Writing the Rockies. His most recent book, co-edited with Jeffrey Villines, is Belle Turnbull: On the Life & Work of an American Master (Pleiades, 2017). His most recent volumes of poetry, both of which appeared in 2013, are The Book of Catapults (White Violet Press) and Part of the Darkness (Entasis Press). A collection of creative nonfiction about mountains and mountain towns, Living the Life (Conundrum Press), also appeared in 2013. His poems, essays and scholarly work have appeared widely, in journals including Agni, Appalachia, Atlantic Monthly, Gettysburg Review, Hudson Review, Kenyon Review, Mountain Gazette, New Criterion, Poetry, Sewanee Review, Threepenny Review and scores of other newspapers, journals and books. In 2018 he won a Pushcart Prize for the poem “Kernels,” which originally appeared in The New Criterion. He co-founded the Crested Butte Music Festival, was the founding Publisher and Editor of Conundrum Press (now an imprint of Bower House Books of Denver), and currently serves as Resident Poet with Colorado Public Radio and as Poet Laureate of Colorado’s Western Slope (2017-’19). With Toni Todd he co-founded and serves as co-director of the Gunnison Valley Poetry Festival and Reading Series. He lives with his family in Crested Butte, Colorado. ​