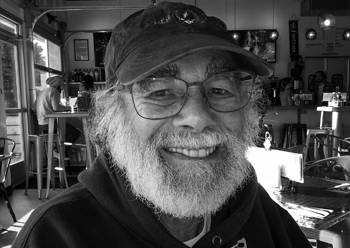 Born and raised on the not so mean streets of Brooklyn, New York, Robert Cooperman now calls Denver home, where he has turned his love of the Old West into a cottage industry of poetry collections about the Colorado Territory and other aspects of frontier life. The Devil Who Raised Me (the origin story of Cooperman’s hyper-violent alter ego, the badman John Sprockett) is Robert Cooperman’s twentieth collection and tells how a nice kid turned into a stone killer. In the Colorado Gold Fever Mountains won the Colorado Book Award for Poetry.  Closer to Cooperman’s Brooklyn origins, My Shtetlwon the Holland Award from Logan House Press. Cooperman’s most recent collections are Their Wars(about his parents’ travails at Fort Bragg at the end of WWII), brought out by Kelsay Books, and That Summer, published by Main Street Rag Publishing Company, about Cooperman’s European wanderings in the summer of 1970. Cooperman’s chapbook/love letter to the Grateful Dead, Saved by the Dead, was published by Liquid Light Press.